Day 3 of the PrepCom 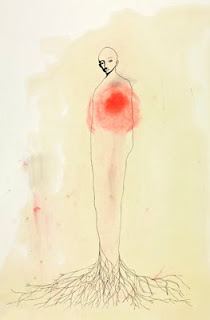 The Chairman's Draft Elements of an ATT
The Chair opened the third morning of the PrepCom by introducing briefly his "draft elements" for a future Arms Trade Treaty. The Chair listed the elements that could be included.
The bloggers' view: Possibly surprising omissions from the Chair's list of draft elements were the following:
In addition, the Chair's draft elements suggested that there would be a separate reference to goals and objectives of the treaty, as opposed to including them in the preamble as most delegations had called for.

Government statements to the third morning of the PrepCom

Side Event: A Practical Guide to Implementing a Future ATT

The publication, National Implementation of the proposed Arms Trade Treaty: A Practical Guide, has been developed by C.I.T.S. at the University of Georgia in the US, Oxfam, and Saferworld. The side event was supported by The Netherlands.

Saferworld stressed the primacy that the ATT will give to national implementation of its provisions. It was emphasised that there will not be a "one-size-fits-all" approach.

Anne-Charlotte Merrell Wetterwik of the CITS affirmed that a national implementation system should comprise three basic components: a licensing system, enforcement mechanisms and provisions, and external outreach to industry and international partners.

Paul Pasnicu, the General Director of the the National Agency for Export Controls, of the Romanian Ministry of Foreign Affairs noted that a functioning export control mechanism was a process not an act. He stressed the importance of regulating small arms transfers.

Government statements to the third afternoon of the PrepCom

Surinam on behalf of CARICOM stated that the Caribbean region had been disproportionately affected by the consequences of the availability of weapons. It called for the highest possible standards for the transfer of arms. It should also enshrine the principle of State responsibility that arms not be diverted from their intended recipients.

Trinidad and Tobago called for States that violated a future ATT should be subject to sanctions.

The Chair then presented his paper on "draft elements" of an ATT. He acknowledged that certain elements that had been raised by delegations were missing, such as the UK proposal for general obligations. He also noted several issues that he did not know "where to put": the diversion of arms as well as other issues related to the illicit arms trade; India's reference to organized crime and terrorism; corruption; and victim assistance raised by Norway.

India noted the difficulty of the task facing the Chair. He suggested that the various issues raised orally by the Chair but not yet included should be listed as "other elements" in the next version of his paper.

Pakistan felt the "table of contents" presented by the Chair was perhaps a little "premature" but wanted to see all suggestions reflected.

Mexico stated that the issue of diversion was a matter of particular concern to many delegations. Another important issue was marking and tracking of weapons. It also noted the importance of victim assistance.

Egypt felt that the more the issues were discussed, the more complex they became. It hoped that the paper would not prejudge the structure of a future treaty. Egypt wanted to see rights as well as obligations included in the treaty. It noted goals and objectives was separated from the preamble. It further wished to see consultation and clarification in the treaty, especially with a view to preventing discrimination. It wanted to see sanctions for treaty violations. National focal points could be given more prominence. Finally, incentives to encourage adherence could be useful. It stressed that the treaty should not just be supply based but also outline the rights and obligations of recipients.

Tanzania called for regional and sub-regional organisations to be involved in the monitoring of the future treaty.

The UK said it was good to be able to agree with Pakistan "as it didn't happen very often these days".

South Africa stated that combating crime, terrorism, and conflict were the key issues underpinning the ATT.

France referred to the need for including a provision on scope of application. France felt that national legislation and controls, criminalisation of violations, and cooperation and assistance would be the three pillars of the future treaty. It questioned the need for an implementation support secretariat.

The Russian Federation reiterated the importance of addressing diversion in the treaty.

Norway noted the need to include under scope both ammunition and related technologies in addition to weapons. It reiterated its call for vicim assistance to be included. It wanted to see greater detail relating to criteria.

New Zealand called for other issues to be added to the paper, such as the relationship with other agreements.

Australia also commended the Chair for his paper. It hoped to see clarification as to whether transshipment and brokering would be covered. It also wanted clarification of the relations between States Parties and States non party.

Uruguay wanted a chapter on definitions to be added. It called for record keeping to be addressed under the issue of transparency. It also supported other calls for a provision on victim assistance.

Iran also wanted definition of key terms included in the treaty. It wanted a separate provision on principles, not being convinced that their inclusion in the preamble was appropriate. It wanted the issue of criminalisation of violations deleted. It also wanted the deletion of any reference to an international secretariat.

Belgium on behalf of the European Union also commended the paper. It will respond in detail, possibly in writing, the following morning.

Trinidad and Tobago also stressed the importance of diversion. It agreed with New Zealand on the need for specific reference to meetings of States Parties.

The USA called for headings on definitions, relationship with other agreements, and an annex. It expressed concern about a number of issues included in the Chair's list, such as a secretariat, dispute settlement, denunciation, denials, and enforcement.

Spain favoured a short, simple declaration of the object and purpose of the treaty.

Morocco stated that international cooperation and assistance was essential. It wanted references to corruption and money laundering. It wanted specific reference to non-State actors.

Syria noted the importance of Article 51 of the UN Charter and stated that the ATT should not discriminate and should not be politicised.

The Republic of Korea supported the paper and stressed the importance of international cooperation and assistance. It also called for further details of the common standards/criteria for transfer.

Ghana wanted the right of victims to an effective remedy to be included.

The Netherlands thought that at this stage it was premature to define the content of the draft elements. It wanted a mention that the definition of weapons should be flexible in view of the technology development. In this regard, it noted that the review process could also be held every year (in the discussion reference was made to five- and 10-year intervals).

China had a specific proposal on the structure, suggesting that monitoring, verification and compliance be merged into the heading on implementation and application.

The UAE wanted separation of the concepts of international assistance and capacity-building.

Pakistan issued a general note of caution about the paper.

In closing day three of the PrepCom, the Chair issued his paper on draft principles for discussion tomorrow and announced the appointment of three Friends of the Chair to consult with delegations on three key issues: on scope, Trinidad and Tobago; on standards and criteria, Australia; and on application and implementation, Egypt. It appears these meetings will be closed, beginning on the fourth afternoon of the PrepCom, so NGOs will not be able to attend.
Posted by ATT Legal bloggers at 12:38 PM