Informal Draft Paper on Criteria/Parameters by the Chair of the Preparatory Committee for an ATT: Good basis for discussion or cheap hamburger? 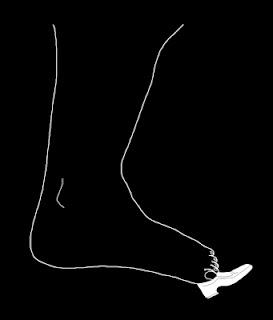 Ambassador Moritan, the Chair of the Preparatory Committee, has circulated his informal draft papers, which are expected to serve as the basis for discussions at the Second PrepCom for an ATT, which opens on Monday 28 February. At first sight, there is much to commend the draft, which covers a broad range of activities and conventional weapons, and lays down valuable criteria for determining the legality of any proposed transfer of arms. Ultimately, however, one is left with the impression that this is really a cheap hamburger: it looks good in the photo, but when you taste it, there's actually no meat in it.
First and foremost, the paper on criteria/parameters has a critical flaw. It starts by requiring States to evaluate on a case-by-case basis the decision whether or not to authorise a transfer of arms. So far, so OK. But it then provides that: "States should, as appropriate, take into consideration [the] following criteria." This introductory phrase appears to deprive the criteria laid out in the remainder of the provision of all objective force.

First, the use of the word "should" (as opposed to "shall") already shows that this is not an absolute obligation being proposed.

Second, who determines whether or not it is appropriate? The State? Is this an absolute discretion?

Third, and most serious of all, even this light hortatory language is rendered almost meaningless by the phrase "take into consideration". This means that all of the following criteria, however unequivocally they are phrased, are only to be "taken into consideration". Even a Security Council Chapter VII decision that is binding on every UN member State? The provision as a whole only becomes meaningful if this second sentence is deleted.

The criteria proposed are generally helpful. Section A (International Obligations of a State) merely repeats, in rather weak drafting language, that a State must respect the UN Charter law and its treaty and customary international law obligations.

Section B (Potential consequences of the arms transfer on internal, regional and international peace) introduces another subjective element whereby the substantial risk of misuse preventing a transfer must be "in the view of the potential transferring State", thereby further weakening the text.

Finally, the criteria dealing with diversion refers to "unauthorised end users" without defining whether this means any individual or entity other than the stated end user on the relevant certificate.
Posted by ATT Legal bloggers at 12:22 PM 2 comments:

The events in the Middle East and North Africa over the past few weeks have demonstrated in tragic detail the importance of an arms trade treaty that effectively regulates arms transfers between States. Conventional weapons and ammunition as well as chemical weapons supplied by arms manufacturing States have seemingly been used to violate the right to life and the right to protest of unarmed demonstrators exercising their rights to freedom of expression, freedom of assembly, right to information, and to liberty and security. 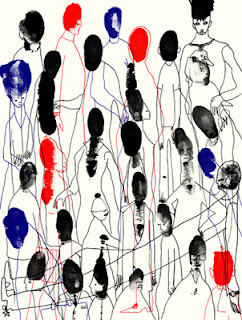 (c)Jesper Waldersten
﻿More to come on the international legal implications of arms trade from the ATT bloggers ...
Posted by ATT Legal bloggers at 3:48 AM No comments:

Unofficial summary
Most of the countries of the region are importers of arms. Nevertheless, it was felt that the ATT was important for them for several reasons. First and foremost, African countries are among the most negatively impacted by the circulation of weapons, especially small arms and light weapons (SALW). Indeed, several participants stressed that the proliferation of weapons has fuelled armed conflicts and prevented the achievement of the Millennium Development Goals. In addition, the ATT could set up valuable cooperation mechanisms in terms of arms regulation between exporters and importers, benefitting from the sharing of experiences. Finally, the dichotomy ‘exporting/importing’ countries was not reflecting adequately the reality of the arms trade. Indeed, even though most of the countries concerned by this seminar were importing rather than exporting arms, these weapons could still be transferred to other countries, or could transit through their territories en route to other destinations.
The seminar showed that most of the countries, if not all, were in favour of better regulation of the arms trade at international level, and specifically supported the adoption of an ATT. As for the treaty’s legal framework, emphasis was put on the importance of the principles of the UN Charter, notably the principle of territorial sovereignty. The arms trade should not be an excuse for intervening in the domestic affairs of a State, according to the view of several participants. Some participants also underlined the fact that States had the responsibility to ensure that their level of armaments corresponds to their actual needs and be proportionate to the necessity to ensure peace and stability.
Among the many issues to be addressed, participants referred specifically to terrorism, armed non-State actors, and arms brokers. The challenge of regulating new ways to trade arms, such as through the internet, was also raised. Furthermore, the advantage of the treaty would be to contribute the harmonisation of the different juridical regulatory frameworks at national level. In that perspective, many countries from Central Africa underlined that their regulatory framework was going to be the one set up by the Kinshasa Convention of 2010 on the Regulation of Small Arms and Light Weapons (see also UNREC website).
As for the scope of the treaty, most countries were in favour of including the 7+1+1 scenario (the regulation of the trade in ammunition was considered crucial). Discussions also took place regarding so-called ‘traditional’ manufacturing of weapons. Some African countries were concerned by such manufacturing and while some participating States considered it should be regulated by the ATT, others were of the opinion it was part of the national sovereignty of States.
Concerning the parameters to be included in the treaty, most countries were in favour of including a UN Security Council arms embargo clause, an international humanitarian law clause, as well as a human rights clause, even though some countries admitted this was controversial. A clause concerning the prohibition to supply arms to non-State actors was also considered necessary. Some countries underlined that such clauses were necessary because the treaty would not only be a political and legal instrument, but would also be of a moral and symbolic nature. Thus, a prohibition on the supply of arms in situations where it could facilitate gross human rights violations was considered to be of a great moral weight.
Finally, many states put an emphasis on the need for the treaty to elaborate effective monitoring mechanisms and cooperation clauses between countries to ensure the better regulation of the arms trade.
Posted by ATT Legal bloggers at 9:35 AM 2 comments: