Day 5 of the PrepCom 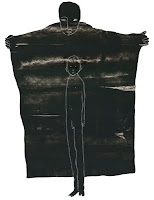 Day 5 of the PrepCom


The Chair interrupted the PrepCom to convene an informal meeting to allow NGOs to make presentations to the States attending the PrepCom.

Oxfam International made a rather general presentation about the importance of an ATT.

Amnesty International gave a presentation on the importance of the treaty, giving an example of ammunition used to commit a human rights violation. Ammunition does not fall within the conventional arms covered by the UN Register of Conventional Arms.

IANSA (a member from Brazil) criticised the draft principles paper, calling for the treaty not to accommodate all views. It called for the pace of discussions to be even faster. It is a preventive not a punitive instrument.

IANSA (a member from Fiji) noted the link between the arms trade and gender-based violence. She also stated that research had indicated that the arms trade was one of the top three activities involving corruption.

Rebecca Peters, the director of IANSA, stated that the absence of commonly agreed standards on the arms trade was contributing to serious violations of IHL and international human rights law, gender-based violence.

A representative of the World Forum on the Future of Sports Shooting Activities called for the ATT to “move away from civilian firearms.” It claimed that military firearms were those “capable of fully-automatic fire”. He also said the ATT should not cover small arms ammunition, which “is simply an exercise in futility that will consume valuable time and in the end produce nothing.”

The Defence Small Arms Advisory Council (an association of military small arms manufacturers) argued against including dual-use items in the ATT. He claimed that the primary problem was “the unregulated and under-regulated international trade in military weaponry, such as combat aircraft and naval vessels, tactical vehicles, heavy machineguns, anti-aircraft systems, mortars, missiles and artillery pieces.”

The Chair then returned to the formal session of the PrepCom.

Belgium called for the treaty to set out the goals and objectives of the treaty. This should be to prevent the illicit trade in conventional weapons to ensure they are not used to contribute to armed conflicts, trans-national organized crime, terrorist acts, or to commit serious violations of international humanitarian and human rights law.

Australia also called for the treaty to eradicate or at least minimise the illicit trade in conventional arms.

Brazil noted the need not to impede the legitimate right to impede a State’s right to manufacture and transfer weapons for its self-defence.

Venezuela stated that with respect to the elements and principles paper, there was no need for an international secretariat. It questioned whether SALW should be included.

Iran repeated some of the views it had expressed previously.

India noted the need to prevent and counteract illicit trafficking in arms.

Russia referred to the illicit arms trade as a threat as being a priority.

The ICRC said that weapons should be available only to those who respect IHL and IHRL. It referred to attacks on humanitarian personnel preventing humanitarian assistance to the civilian population.

Egypt put the emphasis on the promotion of the goals and objectives of the UN Charter.
Posted by ATT Legal bloggers at 7:59 AM