Day 10 of the PrepCom 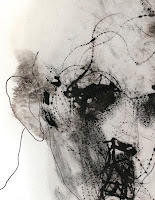 The Chair opened the final session of the first PrepCom for an Arms Trade Treaty by restating the clear need that the second PrepCom in February 2011 will have to discuss "specific matters". In the period leading up to February, he noted the importance of planned informal and academic meetings and consultations, such as the regional seminars planned by UNIDIR.

He reiterated his commitment to be "always aiming for transparency and all-inclusive participation". He then made an interesting pledge to present Chair's texts to the second prepcom on scope, criteria and parameters, in his words "to provoke a reaction"! Although such texts bind no State in any way, they may be influential in mapping out the type of treaty that is ultimately adopted and thus he faces a major challenge in ensuring that transparency is maintained as he develops his texts.

There then followed many statements by delegations, all praising the Chair for his work.

Belgium speaking on behalf of the EU, candidate countries, as well as Georgia, Ukraine and Moldova state the view that the document the Chair had presented on Day 9 as one that reflected the discussions "in a balanced way".

Pakistan again stated its view that transactions between two sovereign States should not be affected by the treaty.

Egypt agreed that small arms and light weapons as a category falls within the definition of conventional weapons but fell short of specifically endorsing their coverage by the ATT.

Iran said some of the suggestions made by delegations were “naive” and claimed that some of these sought to cover all situations “apart from natural disasters and global warming”.

Switerland restated the need for an effective ATT, and hoped that the major arms exporter would become party to it. It called for a national implementation framework that would be easy to implement for a State that did not yet have the appropriate infrastructure. It hoped thaat the treaty wwould contribute to the maintenance of regional peace, stability, and security. Taking into account the limited time available, it suggested that States should not be over-ambitious.

Japan noted the importance of international cooperation and assistance, suggesting that capacity-building was one of the most important elements in treaty, to help States that need such assistance to implement the treaty, in particular by establishing a national licensing system. It hoped there would be a timeframe laid down for national implementation by the treaty.

Mexico again stressed the importance of including SALW, referring to it as a "moral obligation" on States.

Pakistan took the floor again to stress the need for consensus in adopting the treaty and the obligation not to erode State sovereignty.

Egypt noted that the facilitator's work has been a brainstorming exercise and that not too much should be read into the reports.
Posted by ATT Legal bloggers at 5:20 PM