Day 7 of the PrepCom 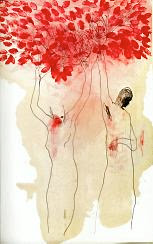 Suggested treaty text on victim
assistance and national implementation measures
In the absence of entry to the closed session of the PrepCom we have continued to offer draft text for the future ATT, with a proposal for provisions on victim assistance and national implementation measures, including penal sanctions. Numerous States have spoken in favour of a victim assistance provision in the treaty, such as Indonesia, Mexico, Nigeria, Norway, the Philippines, and Uruguay. Only Egypt has publicly questioned the inclusion of such a provision. A short commentary on our suggested provisions is included on the page to the right.
Article X. Assistance to the victims of armed violence


Each State Party undertakes to take steps, individually and through international assistance and cooperation, to the maximum of its available resources, to ensure the provision of assistance to the victims of armed violence in areas under its jurisdiction or control. Such assistance, which is to be rendered in accordance with applicable international law and standards, including the United Nations Convention on the Rights of Persons with Disabilities, shall seek to promote their effective rehabilitation and recovery as well as their social and economic reintegration.
Article XX. International cooperation and assistance in favour of the victims of armed violence


Each State Party in a position to do so shall provide assistance for the care and rehabilitation and social and economic reintegration of victims of armed violence. Such assistance may be provided inter alia through the United Nations system, relevant international, regional or national organisations or institutions, the International Committee of the Red Cross, national Red Cross and Red Crescent societies and their International Federation, non-governmental organisations, or on a bilateral basis.
--------------------
Penal sanctions and other measures to ensure the effective implementation of the Convention will be critical in ensuring that its core obligations do not remain statements of good intention. Below is proposed an article on legislative and other associated measures in a future ATT.
Article XXX. National implementation measures, including penal sanctions


1. Each State Party shall take all appropriate legal, administrative and other measures to implement this Convention, including the imposition of penal sanctions to prevent and suppress any activity prohibited to a State Party under this Convention undertaken by persons or on territory under its jurisdiction or control.
2. Each State Party shall be under the obligation to search for persons alleged to have committed, or to have ordered to be committed, a serious violation of this Convention as defined in paragraph 3, and shall bring such persons, regardless of their nationality, before its own courts. It may also, if it prefers, and in accordance with the provisions of its own legislation, hand such persons over for trial to another State Party concerned, provided such State Party has made out a prima facie case.
3. Serious violations to which this article applies are any unauthorised transfer of any conventional weapon within the scope of this Convention and which result in the death or serious injury of one or more civilians.
Posted by ATT Legal bloggers at 8:05 AM