Day 4 of the PrepCom 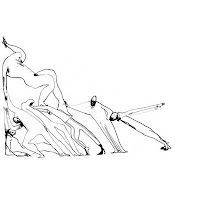 Side Event: Supporting the ATT negotiations through regional discussions, activities, and research

The European Union and UNIDIR presented their new project supporting the ATT negotiations through regional discussions, activities, and research. Sergio Duarte, the UN High Representative for Disarmament, stressed the importance of regional input to the ATT to generate a common and agreed platform for discussion, engage national parliamentarians, and draw on the work of civil society and academic institutions.

Cyriaque Agnekethom from the ECOWAS Commission gave his views on the ECOWAS experience and regional seminar that took place in Dakar in April 2009. He felt it served as an useful forum for increasing understanding on the ATT process, focusing on sub-regional specificities and concerns, and exchanging views on what should be in a possible ATT.

Elie Kytömäki (UNIDIR) concluded the session by presenting the upcoming EU-UNIDIR activities and research in support of the ATT process. Thus includes the organisations of seven regional seminars in 2010-2012.
Posted by ATT Legal bloggers at 12:59 PM