Day 2 of the PrepCom 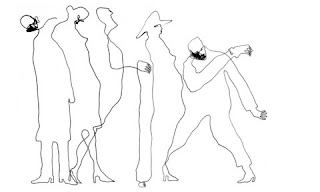 The Chair of the PrepCom announced that he intended to convene an informal meeting on the morning of Friday 16 July in order to hear the views of relevant, accredited NGOs. He also reiterated that the PrepCom meetings in 2011 would take place during one week in 28 February to 4 March 2011, and for a second week in 11-15 July 2011.

Government statements to the second morning of the Prepcom

Bangladesh stated that the ATT should reflect and respect the right of States to self-defence. It should also promote the duty of States under the UN Charter to promote human rights. The treaty should cover all conventional weapons, including parts and components, dual-use goods, and ammunition. Imported arms should not be handed over "to any political group or insurgent groups."
Colombia declared that it was supporting an ATT and noted that the treaty should regulate small arms and light weapons. The treaty should facilitate compliance with international humanitarian and human rights law as well as with the UN Charter. Weapons should not be transferred to non-State actors.
Belarus noted the need for clear criteria and clear objectives. It argued the main focus should be the illegal delivery and manufacture of weapons.
Belgium again spoke on behalf of the European Union, noting that the objective and purpose of the treaty should be defined, for instance in the preamble, based on the content of the three UN resolutions on the ATT. Detailed definitions should be included in an annex to the treaty. A section of the treaty should be devoted to the criteria for assessing whether to authorise a transfer of conventional weapons. An ATT should include a follow-up mechanism (e.g. meetings of States Parties and review conferences).
Surinam spoke on behalf of the Caribbean Community (CARICOM). It noted the link between illicit arms transfers and the drugs trade. It called for the treaty to include ammunition and should cover diversion and re-export. It argued for the establishment of a treaty secretariat to monitor the implementation of the treaty.
New Zealand stated that the treaty should represent minimum standards and should be broad in scope. It was doubtful about including dual-use items. Using an annex would enable flexibility. Certain principles were important to include in the treaty, such as setting out the aim and need for an ATT; the right of States to defend themselves; and transparency.
Uruguay declared its support for covering the weapons included in the UN Register of Conventional Weapons, but should not omit other new conventional weapons being used today. It should prohibit transfers of weapons to non-State actors.
Brazil stated the treaty should require effective national implementation measures.
Trinidad and Tobago declared a comprehensive ATT would have the potential to save lives. A critical element of the treaty was the notion of State responsibility.
Israel set out a number of elements that could usefully be included in an ATT, such as a national regulatory framework.
Switzerland stated its support for a comprehensive ATT. It should at least cover the seven categories under the UN Register, SALW, and related technologies.
Canada stated its view that an ATT should be flexible, perhaps using an annex, and should draw on existing internationally agreed definitions as far as possible. It should cover SALW, parts, and ammunition should be included in the treaty, while acknowledging a legitimate use of firearms, for instance in hunting.
India cautioned against assumptions that an ATT is feasible. It stated that, for example, no country had legislation authorising transfers of weapons to terrorists. It questioned the role of any monitoring body (as well as the cost). It called for clarity of purpose of the treaty. Is it balancing commercial considerations, or is it about alleviating human suffering? It called for the PrepCom to "avoid unnecessary enthusiasm". Any treaty should not include dual-use technology. It should clearly distinguish between legitimate and illegitimate transfers and should cover both supply and demand issues. It was also important to bring in subjective criteria, such as what constitutes a human rights violation.
South Korea noted the particular importance of covering brokering in the ATT.
Mexico stated that the treaty should be flexible and should consider the potential users of weapons.
South Africa declared support for an ATT covering all conventional weapons, SALW, and related technologies. The possibility of including dual-use items and brokering should be considered further. Definitions would be needed of export, import, transfer, transshipment, and brokering. Some form of compliance measures would be needed, such as the CWC, BWC and the Anti-Personnel Mine Ban Convention.
Peru stated its particular concern about the availability of sophisticated weapons in low-intensity armed conflicts of a non-international character.
The morning meeting ended a little early to enable the Chair to conduct further consultations.


Side Event: “A non-Fiction Story”: How can a Robust Arms Trade Treaty Support Development?
Oxfam, Norwegian Forum For Environment and Development, Instituto Sou da Paz, and Igarape in cooperation with the Norwegian Ministry for Foreign Affairs discussed the role that an ATT could play in reducing armed violence as well as helping States to achieve the Millenium Development Goals (MDGs). Armed violence has significantly affected 22 of 34 countries most likely to miss the MDGs in 2015.
Oxfam reported its research findings on the interrelationship between poverty, armed violence, and the international arms trade. It also presented the practical guide it has developed entitled, Applying Sustainable Development to Arms-Transfer Decisions. Specifically, the guide outlines:
Integrating socio-economic development criteria into an ATT


Along with the existing legal obligations and standards pertaining to development and cooperation and assistance, a clear and consistent procedure should be put in place for determining whether there is a substantial risk that the transfer will seriously impair poverty reduction or socio-economic development to ensure that such transfers are prohibited. Arms should not be transferred where there is a substantial risk of:
1) Increasing or maintaining high levels of armed violence (nationally or regionally),
2) Undermining peacebuilding or post-conflict reconstruction,

3) Involving the excessive and unaccountable allocation of human and economic resources to armaments, and
4) the transfer involving a pattern of corruption.

See also:
Key findings of the GBAV report are that:
Government statements to the second afternoon of the Prepcom

Indonesia again repeated the importance of reflecting the right to maintain territorial integrity in the ATT. It asked that South Asian countries be kept abreast of, and involved in, the Chair's consultations. It said that the ATT should prohibit transfers that will provoke internal armed conflict.
Jamaica stressed the importance of including international cooperation and assistance in the ATT.


Australia on behalf of the Forum of Pacific Island States noted the importance of domestic weapons control to minimise the risk of diversion. It similarly stressed the importance of "States in a position to do so" providing international cooperation and assistance.
Morocco again noted the rights to self-defence and to maintain territorial integrity. The raison d'être for the treaty is to curb violence, by applying international humanitarian law more effectively. It should also address the "overmilitarisation of non-State actors". It noted international cooperation and assistance and regional cooperation. The treaty should be capable of evolving with advances in weapons technology.
Mongolia stressed the importance of providing for transparency in the treaty, while respecting the States' right to self-defence.
The USA stated its objective was to ensure that any ATT would significantly impede unregulated trade in conventional weapons. It sought a broad definition of arms to be covered by the treaty, as well as parts, components, and related technologies. It is not in favour of including dual-use goods in the treaty. "Transfer" should be defined to include import, export, transshipment, transfer of control and title, and brokering. National sanctions for violations of the ATT should include civil, criminal, and administrative penalties. Appropriate criteria for authorising transfers could include:
- applicable international law,
- existing international obligations and commitments of both sending and recipient States,
- consistency with existing international agreements,
- impact on regional stability,
- potential for unauthorised third party transfer or unauthorised diversion,
- human rights, proliferation and terrorist records of the recipient, and risk of misuse, and
- the risk of political impacts.
Australia, speaking on its own behalf, stated its view that SALW, ammunition, and parts should be included in the treaty, as well as allowing for future developments to be covered. The ATT should cover the broadest range of activities possible. There should be State responsibility for arms transfers.
Costa Rica also noted the importance of international cooperation and assistance.
India called for a common understanding of the objectives of an ATT.
China declared that the ATT should be targeted rather than contain broad general issues. Sensitive or controversial issues should be avoided. Arms should not be provided to non-State actors.
In concluding the discussions, the Chair stated that he would present a first paper on the elements of a future ATT on the third morning of the PrepCom. He would then ask delegations to present on the principles to be reflected in the treaty.