Day 1 of the Second PrepCom - Scope

Overview of the day's discussions 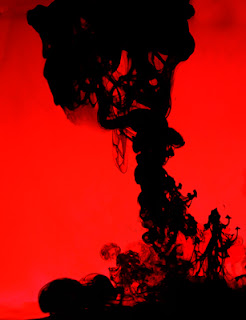 The first day of the Second Prepcom was devoted to discussion on the scope of the future treaty based on the Chair's proposals, which is not intended as legal drafting or actual treaty provisions.

The detailed discussion demonstrates that most governments wish to move swiftly beyond general statements in the preparatory work on the treaty. Only the Russian Federation  and Pakistan seemed to question whether an ATT was needed, although many delegations stressed that consensus has to be the basis for agreement.
Many countries (in particular from the Arab Group, but also China and Iran) reaffirmed the principles of the UN Charter as a background for the ATT (right to self-defense, the principle of non-intervention, territorial integrity, self-determination).

An overwhelming number of countries were in favor of the so-called 7+1+1 coverage (i.e. the seven categories of conventional weapons on the UN Arms Register plus small arms and light weapons (SALW) plus ammunition). Some countries still oppose this, notably Egypt, while China stated that it was already covered in other fora such as the platform of action within the UN or the UN Firearms Protocol. The issue of ammunition provoked considerable discussion, with a few States claiming that the quantities of ammunition would make it difficult to include in the treaty. A good number of delegations were also in favor of the inclusion of the parts and components in the ATT to avoid the risk of its provisions being easily circumvented.
Many delegations noted that the definitions and wording of the list of weapons that should be covered differed from the language used in the UN Register. As the Register was agreed language, some delegations (China, for example) stressed that it should be the one used to avoid further conflicts.
Different wording was in particular chosen for the definition of the weapons in the Annex A. Some delegations stressed that in some cases, the ‘new’ definitions of weapons as proposed in the annex could even mean other weapon than those listed in the core text.
There was also brief discussion of the legal status of annexes in treaty law. Many delegations believe that annexes give greater flexibility than would the inclusion of weapons and their definitions in the body of the treaty to update the treaty. Further research on the legal status of annexes in treaty law is therefore needed.
Another interesting debate concerned the "calibre" of weapons, as some delegations noted that the specification of a specific calibre for weapons (regarding tanks, for example) could unduly limit the scope of the treaty.
There was also discussion on the structuring of the text on weapons to be covered by the treaty. One delegation proposed that the ATT should stick to a strict "positive" listing, i.e. listing those weapons that should be covered and not listing those excluded. Others preferred an "it's all in unless it's excluded" approach. With regard to the exceptions, some countries noted that the issue of national transfer and domestic ownership should be mentioned in the preamble and not be included a exclusion in a specific provision.
Two other proposed exceptions (sporting/hunting rifles and antique weapons) also led to debate. Mexico emphasised that sporting rifles imported from abroad were extensively used by criminal gangs in their country and in others after having been technically modified. On antique weapons, issues of definition were raised. One delegation (Iraq) recalled that in the Firearms Protocol a weapon was considered antique if manufactured before 1927.
On the list of activities, many delegations noted that the list could be simplified. The definition of brokering should also be simplified. Many delegations were not in favor of including technical assistance, R&D, and financing in the scope of activities covered by the treaty. For many developing countries, including those activities might mean that obstacles were being placed on development.﻿
The need to include military explosives was cited by Norway, among others, and several interventions referred to  the issue of "post-transfer" (follow up of exports, tracing of exports). Finally, several delegations stated that the transfer of arms for their own military troops abroad should not be covered by an ATT.
Delegations' statements